A delegation of PAME participated in the Congress of TUI Transport of the WFTU, organized by the Transport Union NAKLIYAT-Is on 1-2 March in Istanbul.

The Congress reviewed the TUI’s Action in the past and discussed the organization’s action plan while electing new leadership.During the Congress, the delegations visited the REAL-METRO Supermarket workers who are on long lasting struggle and also paid tribute to the workers’ killed on May 1st of 1977 in Taksim Square.

The conference was also attended by the President of Panhellenic Union of Naval Engineers; Thanasis Evangellakis, which we mention: 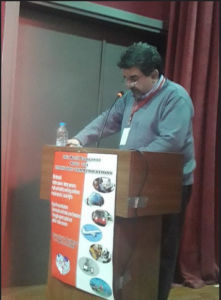 SPEECH AT THE CONGRESS OF THE PRESIDENT OF “PEMEN” THANASIS EVANGELLAKIS

On the behalf of the Panhellenic Union of Engineers of Merchant Navy (PEMEN) we want to convey you a warm militant salute from the seafarers who, through the ranks of PAME and WFTU and having as driving force the class struggle, fight every day against the anti-labor policy of the government of SYRIZA, of the EU and the other parties of the capital, for the overthrow of the rotten exploitative system, for the abolition of the exploitation of man by man, for the satisfaction of the contemporary needs of the working class and the popular strata.

The capitalist “growth” and the propaganda about “pro-people change” of the government of SYRIZA, cannot hide the reality, either during the period of the capitalist crisis or during the recovery. In the meanwhile,  according to facts, the current instability of the international financial markets and the synchronized fall of the economic growth rates in the Euro-zone and in the world economy show that the possibility of a new world capitalist crisis is open.

We must always point out the criterion: “Development” for whom? For example, for the period 2009 – 2019 the profits of the shipowners, and in general of the monopolies in the sector of transports, are huge even during the capitalist crisis.

The aggressiveness of the capital of the bourgeois governments and of opportunism continues at the phase of capitalist recovery, with particular intensity against the seamen and in general against the workers in land, air and maritime transports.

Attack to the sectoral collective agreements, dramatic cuts in salaries and pensions, recycling of unemployment, flexible labor relations, reduction of the operational composition of ships, intensification of work with 72 working hours per week, occupational accidents, cuts in health, healthcare, education; repression, attack against workers’ and peoples’ struggles, terrible working conditions, destruction of the environment, with painful consequences on the working class and the popular strata.

New benefits and tax-exemptions for the shipowners, the monopolies, the capital, for the maximization of the capitalist profitability.

At the same period, the intra-imperialist rivalries and conflicts are being sharpened, for the control of the energy sources and of other minerals, of the pipelines and routes of transport of hydrocarbons and commerce in general.

The imperialist plans of the USA, NATO, the EU and the sharpening of rivalries with other strong capitalist states, like Russia and China, create dangerous situations from the Eastern Europe, the Balkans, the Middle East, North Africa, the Persian Gulf to the South China Sea, Latin America and the Arctic, at the expense of the peoples.

The peoples have the duty to strengthen our struggle for: 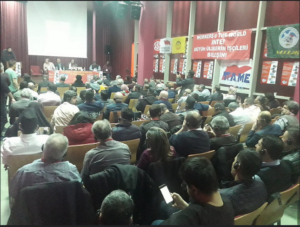 DEVELOPMENTS IN THE SHIPPING SECTOR

Transports in general and shipping in particular, are of strategic importance, with about 80% of global trade in volume and over 70% in value of goods, transported by sea and in ports all over the world.

In the shipping sector, the leading role of the Greek shipowners with more than 4.800 ships, controlling about 20% of the world’s shipping, is the result of the exploitation of seafarers; it is also the result of privileges and subsidies that the SYRIZA government continues to offer so that they enhance their competitiveness and profitability.

The operational composition is being reduced, with intensification of work, unemployment, unpaid work, with the undermining even of the security of human life.

In the Panhellenic Seamen’s Federation “PNO” (member of the ITF), the responsibilities of the employer-led and government-led trade unionism are enormous, because they support the strategy of the capital, the huge exploitation of seafarers.

The employer-led and government-led  trade unionism of PNO has strong ties with shipowners so that the Greek sectoral collective agreements and social security are not implemented for any seafarer, irrespectively of his country of origin.

The agreements signed by the G.S. of PNO for the Greek-owned foreign-flagged seagoing ships are in return for payment of $ 5.000-8.000, shared with the ITF-ETF (International and European Transport Federation). In the budget of PNO for 2018, the revenues from these agreements amount to 3.704.000 Euros, while another 544.000 Euros come from the tax taken from the seafarers on the Greek-flagged ships as a contribution to the PNO; total 4.248.000 Euros! Miserable – unacceptable direct funding of shipowners to their lackeys in PNO.

The fact that the trade unions of PEMEN, STEFENSON, PEEMAGEN, along with the other class-oriented forces that are gathered to PAME, take initiatives and action for important struggle fronts on a stable basis is an important result of the strikes and militant mobilizations. Steadily, several base trade unions respond, there are major trade unions that get away from the “block” of the employer-led trade unionism.

This is also the result of our initiatives for the Sectoral Collective Agreements and Social Security, against Unemployment, with the two-day Trade Union action against the imperialist war, with our protests and strike against the SYRIZA-ANEL law that attacks the right to strike.

The way that yellow trade unionists faced our demands, formed from the base, helps us draw critical conclusions. It is now clear that there is a strategic agreement on wage freezing, on the reduction of the average wage. It is crucial for the capital that there is not a movement demanding salary increases. The law of Vroutsi – Ahtsioglou, which abolishes the negotiations on the minimum wage, is also crucial. They want the minimum wage to be defined by the government at current levels, with a maximum of 30 Euros increase. This is  only a question of propaganda, while they continue to act as an accelerator of the reduction in average wages, just like in the previous years.

At present, focusing on the port of Piraeus, the competition between the USA and CHINA about who will control all port facilities in Greece, is sharpening. Monopoly groups such as COSCO in Piraeus attack uniformly workers in all ports, attack sectoral Collective Labor Agreements and fundamental rights. However, when the workers decide to participate in the struggles, when they join the ranks of the class-oriented workers’ movement, the forces of PAME, then the dynamics of the class struggle can block the mechanisms of repression of employers and the government. We have valuable experience from these fights in the past, in ports, on board, in other large workplaces, where we highlighted the acute existing problems. 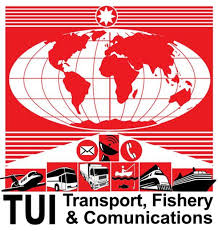 ACTION PLAN FOR THE NEXT TIME PERIOD

Faced with these critical developments for seafarers and transport workers in general, we suggest the following:

We call on the Administrative Boards of Trade Unions and the seafarers inside the ships to participate in the organization and escalation of the struggle of the sector.

This framework of demands can be the basis for the development of the action of the sectoral Union of Transports of WFTU in the coming period, we can plan and organize a strike at Greek-owned seagoing ships.